Vienna, 21 April 2022 – Global animal welfare organisation FOUR PAWS is running a campaign targetting sports giant Nike after new brutal footage of heavily injured sheep was published on the Farm Transparency Project. The goal of the campaign is to end the painful mutilation of lambs named mulesing.

Nike customers from across the world are encouraged to send a message to Nike, to highlight their concern and encourage the sports brand to phase out the use of untraced and probably mulesed wool in their product range.

Athletes including Austrian football player Dominik Braunsteiner and pro free rider Daniela Hochmuth are supporting the call to end mulesing. FOUR PAWS now calls on Nike to follow its biggest competitors, Puma and Adidas, who already made public commitments, to (in 2025 and 2030) exclude the cruel and outdated method from their supply chain once and for all, by committing to certified mulesing-free wool.

Rebecca Picallo Gil, head of the wool campaign at FOUR PAWS: “For an athlete, the worst thing that can happen is getting injured. The new footage clearly shows the pain that the wool industry is yet to prevent and the need for Nike to ensure it is not sourcing wool from intentionally injured lambs. You may think that the biggest sportswear brand in the world who has always been a frontrunner on big social causes such as racism, gender equality, environmental issues or inclusivity would also lead in taking responsibility towards animals in their product range. But the US-based brand with the swoosh has not taken real action to reliably exclude wool from mulesed sheep in their product range and protect innocent lambs. We understand that animal lovers and sports fans alike are disappointed about the lack of commitment. No animal should have to suffer for sportswear. Nike has the power and tools to safeguard animal welfare, all that remains is that they just do it.”

Athletes and sport lovers alike are now encouraged to join in support and call on Nike to #StopCruelWool by sending a message to John Donahoe, CEO of Nike.

Australia is the biggest wool producing country worldwide and supplies 80 per cent of the fine merino wool to the global apparel markets. Almost all Australian wool, which is predominately mulesed wool, is further processed in China where Nike sources its merino-based textiles. FOUR PAWS´ repeated inquiries on Nike´s mulesing-free status of their clothing has been left without response.

“According to the Nike website, the company does care about traceability and supports certified mulesing-free wool. However, the brand does not disclose the country of origin of the sourced merino wool or commit to a transition to only source certified mulesing-free wool in the near future. With only a handful of merino-based products, it would be easy for Nike to switch to 100 per cent traced and certified mulesing-free garments. Although the range is small, the repercussions of this phase-out would make an immense impact for thousands of lambs, motivate more brands to follow suit and send the much needed signal to the Australian wool industry,”

Merino wool is used in sports apparel for its beneficial characteristics such as breathability and odorless qualities by all of the biggest sports brands globally as the latest report by FOUR PAWS revealed. Nike, as the world´s largest sportswear manufacturer has not committed to phase out the use of mulesed wool in its product range and relying on robust traceability and transparency certifications to achieve that goal.

FOUR PAWS has been campaigning for an end to the cruel mulesing procedure for years. Mulesing involves cutting off large chunks of skin from two to ten-week-old lambs with sharp shears often without anesthesia. For the lambs, this means fear and stress, but above all great pain that can last for days. There have long been alternatives to this, such as switching to sheep breeds that are less susceptible to parasites. There are also certificates that trace wool back to the farms, in order to exclude cruel and outdated methods such as mulesing. In 2021, more than 30 global fashion brands wrote an open letter to the Australian wool industry to demand an end to the mutilation of lambs. Australia is the only country in the world where the method of mulesing is still practiced.

Stay up to date on this topic and on all FOUR PAWS activities on our social media channels:

FOUR PAWS is the global animal welfare organisation for animals under direct human influence, which reveals suffering, rescues animals in need and protects them. Founded in 1988 in Vienna by Heli Dungler and friends, the organisation advocates for a world where humans treat animals with respect, empathy and understanding. The sustainable campaigns and projects of FOUR PAWS focus on companion animals including stray dogs and cats, farm animals and wild animals – such as bears, big cats and orangutans – kept in inappropriate conditions as well as in disaster and conflict zones. With offices in Australia, Austria, Belgium, Bulgaria, Germany, Kosovo, the Netherlands, Switzerland, South Africa, Thailand, Ukraine, the UK, the USA and Vietnam as well as sanctuaries for rescued animals in eleven countries, FOUR PAWS provides rapid help and long-term solutions. www.four-paws.org 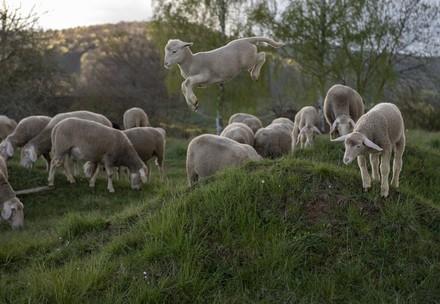 In the future, the German sports goods manufacturer will refrain from using uncertified wool of animal cruelty origin 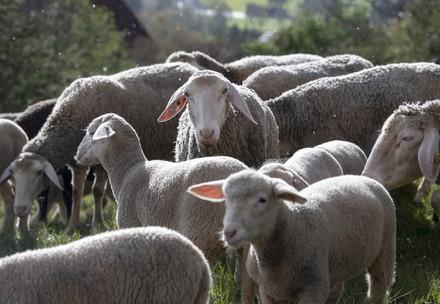 Cruel wool in sportswear is in high season